After a volatile week, stocks are on track to close out the week in the green. The S&P 500 looked to extend its current win streak to four sessions. The index also is rebounding from support at its key 50-day line. Meanwhile, the Nasdaq is closing in on record highs, and the Dow Jones industrials is above the 35,000 level.

But Thursday’s Big Picture column commented, “Despite this week’s rebound, the stock market remains in an uptrend under pressure, as the distribution-day count remains elevated.” The S&P 500 now has six distribution days. The Nasdaq’s count remains at four.

A week ago, IBD downgraded its market outlook to “uptrend under pressure.” This means that investors should be more conservative when initiating stock positions. Also, consider taking profits where possible and be extra picky about taking on more risk at this time.

Meanwhile, the 10-year U.S. Treasury bond yield, which continues to be an important data point amid the economic recovery, hit a low of 1.13% earlier this week. After a strong rebound, the yield is back to around 1.28% as money moved back into stocks. The bond market continues to fluctuate between its recent March high of 1.76% and lows around 1.13%. Both inflation and Covid worries are key movers for the bond market.

The Nasdaq traded up as much as 1%. Meanwhile, the S&P 500 climbed 1% as well. The Dow Jones industrials held a gain of 0.7%. The small-cap Russell 2000 index traded up less than 0.1%, lagging the major indexes. Volume was higher on both the NYSE and Nasdaq vs. the same time on Thursday. It’s a bullish sign when the market moves higher in higher volume.

Stocks outperforming in the Dow Jones on Friday included American Express (AXP) with a rise of 1.7%. The company crushed Q2 earnings estimates early Friday, as payment volumes in the U.S. pick up amid an economic recovery. American Express stock rose as much as 2.55% to a new high.

On the downside, Intel (INTC) fell over 6% after the chip maker reported earnings after the close on Thursday. The firm topped Q2 earnings and sales estimates, but the stock was hindered after the company forecasted declining profit. Shares are now below their 50-day line.

Shares of McDonald’s (MCD) also outperformed on Friday with a gain of 2.5%. Share broke out late Thursday and continued higher inside the buy zone of a new 238.28 buy point in a flat base, according to IBD MarketSmith chart analysis. The stock reclaimed its key 50-day moving average during a strong rebound earlier this week. The firm will report earnings on July 28.

The Innovator IBD 50 ETF (FFTY) gapped above its 50-day moving average and rose 2%. The ETF is up around 8% so far this week. Stocks leading the upside in the index on Friday included Leaderboard stock Snap (SNAP) (up 25% on Friday) and Roku (ROKU) (up 9% on Friday).

Snap soared over 24% Friday the popular Snapchat app parent company exceeded the Street’s earnings and sales targets. Snapped gapped out of a long consolidation with a conventional entry of 73.69. The stock is now extended from the buy area.

Elsewhere, Twitter stock jumped as much as 5% before paring gains to less than 4% after the company announced a strong Q2 earnings beat. Twitter also announced better-than-expected Q3 sales guidance. The stock also broke out past a double-bottom with handle’s 72.17 entry. Shares remain inside the buy zone.

How To Spot Stock Market Tops

Vertical Violations: Why You Should Recognize This Bear Market Indicator Microsoft’s Surface Pro 8 could finally be worth the upgrade 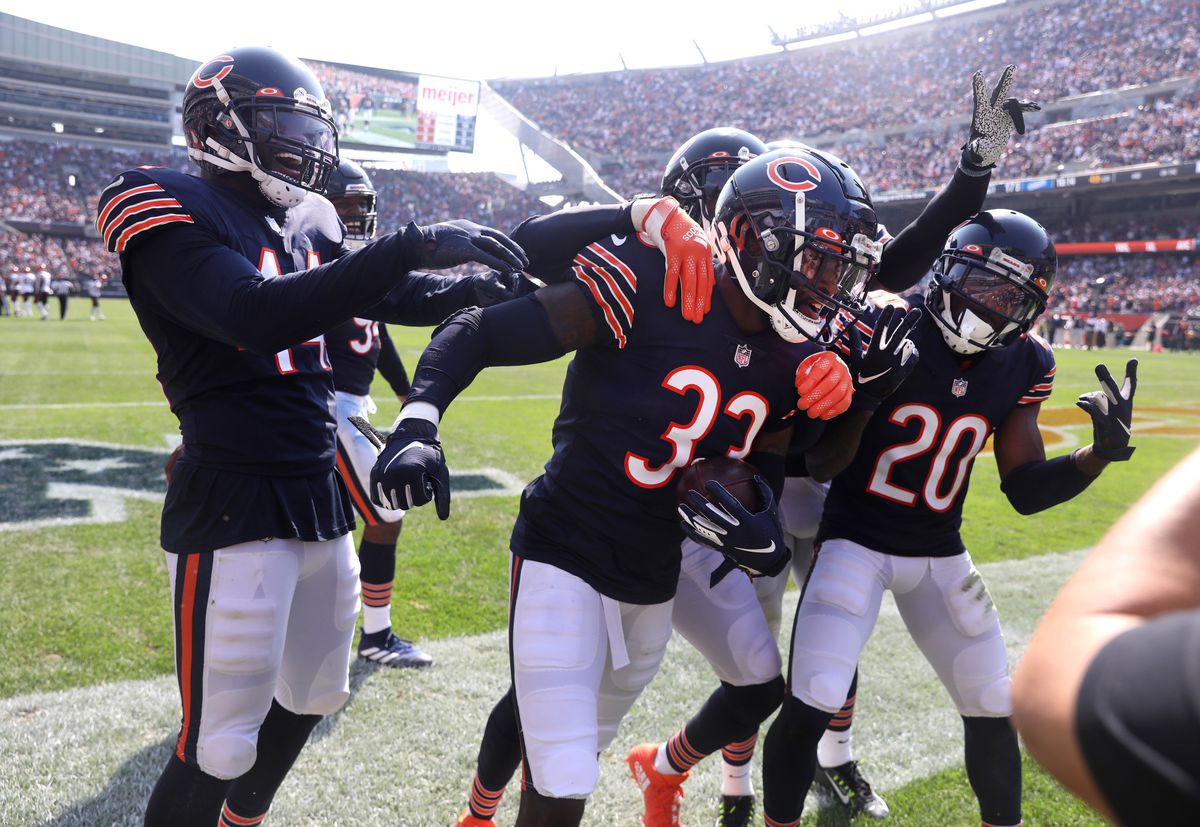 A dominating defensive performance and more QB questions: Brad Biggs’ 10 thoughts on the Chicago Bears’ Week 2 win over the Cincinnati Bengals
4 mins ago