Structurally, the persistent buying demand from key support zone of 15600-15500 signifies strong base formation, which we expect to hold going forward

Equity benchmarks concluded last week on a flat to negative note as index recouped most of intraweek losses and ended the week at 14856, down 0.5%. Broader market took a breather as Nifty midcap and small cap lost 1% and 0.3%, respectively. Sectorally, IT, FMCG, realty outshone while financials and auto underperformed.

– Despite initial decline, the corrective phase of the market remains tamed as the Nifty staged a strong comeback in the second half of the week, in tandem with global peers. The weekly price action formed a small bull candle with sizable lower shadow, highlighting elevated buying demand emerged from lower band of consolidation coincided with 50 days EMA placed around 15600
– Key point to highlight during ongoing consolidation is that, over past four consecutive weeks index has managed to hold 15600 mark on multiple occasions, highlighting a strong support base, which we do not foresee to breach.
– Going ahead, a decisive close above upper band of consolidation 15950 backed by firm global cues and multi sector participation would open the door for next leg of up move towards our revised target of 16300 in the coming month. Thus, dips from hereon should be capitalised on to accumulate quality stocks amid progression of Q1FY22 earning season. Our earmarked target of 16300 is based on following observations:
a) Implied target of recent consolidation (15900-15500) breakout is placed at 16300
b) 138.2% extension of mid-June rally (15450-15915), projected from July low of 15633, placed at 16284
We expect IT, Metals, Realty and Infra, consumer discretionary to relatively outperform. BFSI is poised with attractive risk/reward proposition
– Our preferred large cap picks are SBI (State Bank of India), Bajaj Finserv, Wipro, Tata Steel, Maruti Suzuki while, in midcaps we like Sonata Software, Intellect Design Arena, Bata India, Bajaj Electricals, KNR Constructions, Indocount Industries, JK Lakshmi Cement, Tata Metaliks
– The Nifty midcap and small cap indices took a breather after past four weeks sharp up move. We believe, temporary breather from hereon would help broader market to cool off the overbought condition and form a higher base that would pave the way for next leg of up move
– Structurally, the persistent buying demand from key support zone of 15600-15500 signifies strong base formation, which we expect to hold going forward, as it is confluence of:
a) 80% retracement of June-July rally (15450-15962), at 15500
b) 10 weeks EMA placed at 15600

– The weekly price action formed a Doji candle with a lower high-low as contrary to our expectation the index failed to generate a breakout above last seven weeks range (35800-34000) and extended the consolidation amid global volatility
– Buying demand emerged from the lower band of the last seven weeks range highlights presence of strong support around 34000 levels. Going ahead, we expect the index to hold above 34000 levels and witnessed a gradual pullback in the coming weeks towards the upper band of the range placed around 35800 levels.
– The index has witnessed a shallow retracement as it has retraced just 50% of its May rally (32115-35810) over past seven weeks highlighting strength and a higher base formation.
– We advise to capitalize the current breather as an incremental buying opportunity in quality large and mid-cap banks as the overall structure remains positive

(Dharmesh Shah is the Head – Technical at ICICI Direct. Please consult your financial advisor before investing.)

ICICI Securities Limited is a SEBI registered Research Analyst having registration no. INH000000990. It is confirmed that the Research Analyst or his relatives or I-Sec do not have actual/beneficial ownership of 1% or more securities of the subject company, at the end of 22/04/2021 or have no other financial interest and do not have any material conflict of interest. I-Sec or its associates might have received any compensation towards merchant banking/ broking services from the subject companies mentioned as clients in preceding 12 months

‘Even the apprentice gets equity’: City broker Cenkos eyes growth under new CEO Morse
2 mins ago 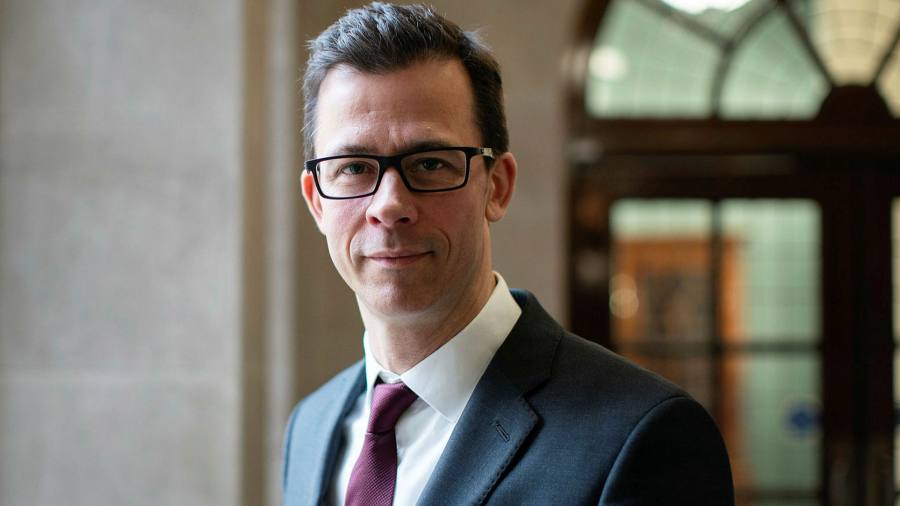