Global leaders have given the backing for a worldwide minimum tax rate that is part of rules aiming to reset how multinational firms pay tax on profits they make across different jurisdictions.

The move is celebrated as a major step in securing a final agreement on a key element of the Biden administration’s domestic plans for revenue raising and spending.

Officials from 130 countries that met virtually agreed on 1 July to the broad outlines of what would be the most sweeping change in international taxation in a century. Among them were all of the Group of 20 major economies, including China and India, which previously had reservations about the proposed overhaul.

Those governments now will seek to pass laws ensuring that companies headquartered in their countries pay a minimum tax rate of at least 15% in each of the nations in which they operate, reducing opportunities for tax avoidance.

US Treasury Secretary Janet Yellen called it “a historic day for economic diplomacy.”

READ The City’s set to be exempted from the OECD’s global tax levy: Here’s what that means

She added, “Today’s agreement by 130 countries representing more than 90% of global GDP is a clear sign: The race to the bottom is one step closer to coming to an end.”

The Biden administration’s international efforts are tied closely to its domestic tax agenda, which calls for raising the US corporate tax rate to 28% from 21%, and raising the minimum tax on US-based companies’ foreign profits to 21% from 10.5%.

“This will level the playing field and make America more competitive,” President Biden said in a statement. “And it will allow us to devote the additional revenue we raise to making generational investments, which are necessary to keep America’s competitive edge razor sharp in today’s global economy.”

However, it is still far from certain what tax increases, if any, will get through the closely divided Congress, where Republicans flatly oppose corporate tax increases and some Democrats say they are wary. Objections from Democrats are likely to cap the corporate tax rate at about 25%, and the administration’s proposed international tax changes haven’t gotten sustained attention from lawmakers yet.

“This is a dangerous economic surrender that sends US jobs overseas, undermines our economy and strips away our US tax base,” Representative Kevin Brady of Texas, the top Republican on the tax-writing House Ways and Means Committee, said on 1 July. He said the deal “favours foreign-headquartered companies and workers over American ones.”

Some details of the overhaul remain to be settled, but 130 governments have also agreed to a new way of sharing out the rights to tax profits that will give more revenues to countries in which businesses have customers. That overturns a longstanding principle of international taxation, under which profits are taxed where value is generated, which traditionally was where businesses had a physical presence.

A handful of countries in Europe continue to object to the minimum tax rate, arguing it would take away a tool for attracting foreign investment. They include Ireland — which is the European headquarters for most of the large US tech companies — as well as Hungary and Estonia. Among other holdouts are Nigeria — Africa’s most populous country — as well as Kenya, Peru and Sri Lanka.

Without the international agreement, the Biden administration’s planned tax increases could lead to companies relocating their headquarters to low-tax countries. With global minimum taxes, companies would have fewer options outside the US to get lower rates, and that reduces the potential risks of raising taxes.

Negotiators hope that the detailed overhaul will get the backing of leaders from the G-20 at their October summit, with the aim of implementing the new rules in 2023.

The breakthrough followed days of intense lobbying by government officials from the Group of Seven largest rich countries, which themselves signed up to the overhaul last month. That included a call on 29 June between Yellen and Indian Treasury chief Nirmala Sitharaman.

Among the holdouts, Ireland’s government said it supports the reallocation of the right to tax profits, even though that will see it lose a significant share of its own revenues, as well as the principle of setting a minimum tax rate. But the country’s finance chief rejected the proposed level for the tax, which is set above its own 12.5% rate.

“I have expressed Ireland’s reservation but remain committed to the process and aim to find an outcome that Ireland can yet support,” said Paschal Donohoe. “Ireland will continue to play our part in reaching a comprehensive and, indeed, historic agreement.”

Ireland’s government argues that the freedom of small countries to offer low taxes is essential to attracting foreign investment by compensating for some of their less appealing features, such as a small domestic market.

The tax negotiations date to 2013, when governments started to look for ways to limit tax avoidance in response to the new breed of footloose digital giants that don’t need to be close to consumers to sell to them, and can register their intellectual property—from which their profits derive—just about anywhere.

Large tech companies have supported the overhaul of tax rules even if it means paying more tax, in large part because a deal would help eliminate the threat of a patchwork of overlapping national taxes like those in France and the UK.

“It’s now widely recognised that the tax rules that were built for a brick-and-mortar world just don’t really fit for an increasingly online world,” said Nick Clegg, vice president of global affairs at Facebook, in a press conference last month.

He said Facebook welcomes momentum toward new rules “to reflect the online economy more fully in governments’ tax revenues and coffers, and we expect as Facebook that will mean we will pay most likely more tax and certainly tax in different countries.”

Talks on the overhaul stalled in the final years of the Trump administration but received fresh momentum in April when Yellen presented new proposals that quickly gained the support of other members of the G-7, and ultimately the other countries that came on board on 1 July.

The toughest question in the tax talks has been the handling of the largely American cadre of tech giants. European countries wanted those companies to pay more taxes in countries where they do business. But the US had rejected a deal that focused only on tech companies as both discriminatory and outdated given the increasingly digital nature of most sectors. That has been a consistent position under both the Trump and Biden administrations. Instead, the 130 governments have agreed to focus the new tax rules on any large, global businesses that have a profit margin of at least 10% on global turnover of about $24bn.

—Sam Schechner contributed to this article.

Is it time to avoid investing in China?
3 mins ago

Volvo Has a New Logo
9 mins ago 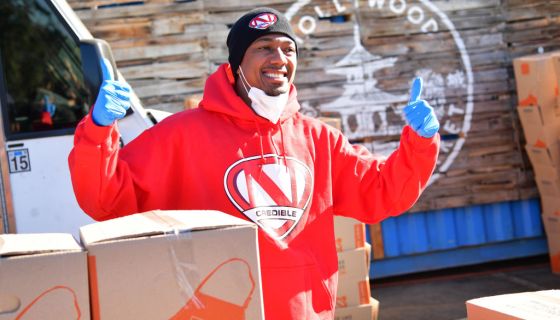 Baby Daddy Of The Year, Nick Cannon, Says His Therapist Suggested Celibacy: “You Can’t Be Like, ‘No, I’m Done’”
12 mins ago