HENDERSON, Nev. — Las Vegas Raiders coach Jon Gruden, in his first-face-to-face news conference since January 2020, said every player had reported to training camp, had made their required playing weight and, “with the exception of four or five” players, were fully vaccinated.

“So, we’re proud of that,” said Gruden, who reiterated that his entire coaching staff was also vaccinated. “We’re excited about that. We’re also respectful of everybody’s personal opinion, so we have to weigh that as well. But when it comes to vaccinations, we think most of our people have been just that — vaccinated.”

Gruden launched an in-house campaign — as well as T-shirts — to “Crush the Virus” during last summer’s mid-pandemic training camp. But as a team, the Raiders racked up a combined $1.215 million in fines for breaking the NFL’s COVID-19 protocols and were stripped of a draft pick.

The Raiders were initially docked $250,000 and Gruden $100,000 for him not wearing a mask on the sideline properly during Las Vegas’ Week 2 home opener, and the organization was fined an additional $50,000 for allowing a non-credentialed employee access to the locker room after that game.

In October, tight end Darren Waller was fined $30,000 and nine teammates, including quarterback Derek Carr, were fined $15,000 each, for appearing maskless and mixing with the crowd at a benefit event for Waller’s foundation.

Las Vegas also had a primetime game against the Tampa Bay Buccaneers flexed out of the time slot to an afternoon kickoff due to the starting offensive line going on the COVID-19 list during the week.

Later, the Raiders were stripped of the draft pick (which was returned upon appeal) and hit with a $500,000 fine and Gruden was dinged another $150,000 for what a source described then as “brazen and repeated violations of protocols.”

Raiders owner Mark Davis called the penalties “draconian” at the time and promised to appeal. Gruden, who also mentioned several players missing time with the COVID-19 virus, said Tuesday the organization had learned from last year’s experience and had hired Tim Harkins as a physician assistant/assistant athletic trainer to help the organization navigate the virus and NFL protocols.

“We’re not going to totally disregard where this virus is and the variants that are out there,” said Gruden, who had coronavirus last summer. “But I’m not an expert on the virus; I’m just trying to get our football team ready to play. I’m going to do the best I can to carry out the protocols that the league has and what our medical people advise and we will do our very best.

“Every man, every woman, every person has their own opinion on what they want to do. There’s some people that are strongly opposed to getting the vaccination. There’s people that think it’s a slam dunk — I should get it right away as soon as I can. I can’t speak for everybody. I respect everybody’s opinion and I don’t want to create any controversies or any distractions. We’re going to do everything we can to get our players what they need to help them be successful.” 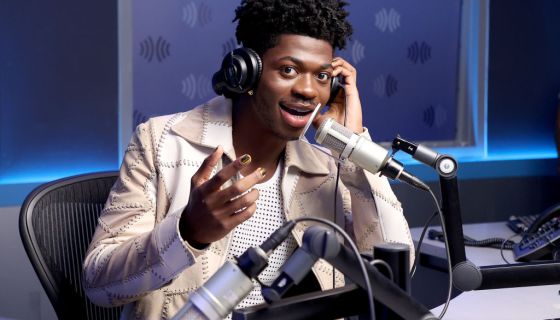 Lil Nas X Responds To The Parents That Criticize Him: “I’m Not About To Pander To Your Kids Or You” [Video]
3 seconds ago

Job hunting? There may be a case for putting your vaccination status on LinkedIn
5 mins ago

Pre-Ordering the iPhone 13? Here’s What You Need to Know | Digital Trends
8 mins ago

A Flooded Stadium Went Viral, but the Home Team Didn’t Quit
9 mins ago