MINNEAPOLIS — Max Kepler’s run-scoring single in the bottom of the ninth inning gave Minnesota a 4-3 victory Thursday over Boston — stopping a five-game losing streak for the Twins and breaking a nine-game winning streak for the Red Sox.

The Red Sox, who tied the game in the eighth on Alex Verdugo’s three-run double, were on their longest winning streak since a 10-game run in 2018, a season in which they won the World Series.

The Twins avoided matching their longest losing streak in three years under Manager Rocco Baldelli, a six-game slide from July 31 to Aug. 5, 2020.

Luis Arraez opened the Minnesota ninth with his fourth hit, a single off Adam Ottavino (1-1) and Jorge Polanco was hit by a pitch. Nelson Cruz, on a 10-game hitting streak, then struck out.

Kepler came through with his hit to shallow center, helping the Twins avoid what would have been their first four-game sweep by the Red Sox in 21 years.

Alex Colome (1-1) pitched a scoreless ninth for the victory, despite a one-out double by Christian Arroyo.

During a tense week in the Twin Cities, with the opener of this series postponed in the aftermath of a fatal police shooting of a Black man, baseball’s annual Jackie Robinson, which honors the anniversary of Robinson’s major league debut, felt especially poignant.

“I’m not a big league player or a big league manager without Jackie Robinson,” said Boston Manager Alex Cora, who is from Puerto Rico.

Dansby Swanson’s run-scoring single with the bases loaded capped Atlanta’s two-run rally in the ninth inning and the Braves beat the Miami Marlins, 7-6, Thursday to snap a four-game losing streak.

The Braves recovered after blowing a 5-4 lead in the top of the ninth. Garrett Cooper singled to put Miami ahead.

Dylan Floro (0-1) couldn’t hold the 6-5 lead in the bottom half. Ender Inciarte and Ronald Acuna Jr. singled and Freddie Freeman walked to load the bases with no outs.

Floro struck out Travis d’Arnaud before walking Ozzie Albies to force in the tying run. Swanson’s single to left field set off the on-field celebration. The Marlins were trying for their first four-game sweep over the Braves.

Pablo Sandoval connected for his third pinch-hit homer this season, a three-run drive in the seventh gave Atlanta a 5-3 lead.

Acuna hit a two-run homer, his seventh, for Atlanta’s only runs off Trevor Rogers, who pitched five innings and allowed three hits.

Manny Machado hit his third home run of the season and drove in three runs, Eric Hosmer added two hits and two R.B.I. and the San Diego Padres jumped on the Pittsburgh Pirates early in an 8-3 win on Thursday.

Machado took Mitch Keller (1-2) deep with a two-run shot down the left-field line during San Diego’s four-run first. Hosmer added a two-run single in the second. as the Padres earned a split of the four-game series to go 5-2 during an eastern swing through Texas and Pittsburgh.

Chris Paddack (1-1) labored at times but managed to get through five innings and give San Diego’s overtaxed bullpen some semblance of a normal workload after being forced to cover a combined 11 innings in losses Tuesday and Wednesday. Craig Stammen worked three innings to pick up just the sixth save of his 12-year big league career and first since 2019.

Keller dazzled in his previous start against Chicago but returned to the erratic form that’s dogged him most of the spring. The 25-year-old Keller, considered to be part of the nucleus the Pirates are attempting to build around, eventually exited after three and a third innings, giving up seven runs and nine hits with three walks and just one strikeout as his E.R.A. rose to 8.74.

Thursday’s report card from The Institute for Diversity and Ethics in Sport (TIDES) issued an overall grade of C-plus for M.L.B., with a B-plus for racial hiring and a C for gender hiring. The report examined a range of positions at the central baseball headquarters and within franchises using data for the 2021 season.

The overall grade slipped from a B to a C-plus while the other two letter grades remained the same. Additionally, numeric scores dipped slightly in each category, though TIDES director and lead report author Richard Lapchick attributed that at least partly to a methodology change to include team ownership for the first time.

He also pointed to a near tripling in size of staff after a move to new headquarters, leading to a drop for racial (A-minus) and gender (C-minus) grades for the central office. Major League Baseball and Baseball Advanced Media moved into the same midtown Manhattan office building ahead of the 2020 season.

“Obviously we want increased percentages of women and people of color,” Lapchick said in an interview with The Associated Press. “That’s the goal of the racial and gender report card, to move those things. And it hasn’t moved very much with baseball this year.”

Instead, Lapchick focused on what he called “breakthroughs” that led researchers to award bonus points in the study. Those included the Miami Marlins hiring Kim Ng in November as M.L.B.’s first female general manager, the December move to reclassify the Negro leagues as major leagues and the presence of 22 women holding on-field coaching or player-development roles.

The report also mentions M.L.B.’s decision to pull the All-Star Game from suburban Atlanta because of objections to changes in Georgia’s voting laws that critics have called too restrictive.

“I think the things I pointed out about the breakthroughs make me much more optimistic about baseball than if those things didn’t happen,” Lapchick said. “They’re the reason I’m optimistic right now.”

Among the report’s findings, people of color made up 37.6 percent of players, down from 39.8 percent in the 2020 report. The percentage of Black players (7.6 percent) showed a slight increase, while the report pointed to the potential to grow that figure by noting Black players made up 17.6 percent of first-round picks in the amateur draft from 2012-20 (51 of 289).

The report said more work was needed at the team levels. That’s where only one of nine grades for racial hiring stood at an A or better, with people of color making up 40.5 percent of coaches. The study issued a B-plus for racial hiring for team senior administration, professional administration and managers, though that slipped to a C-minus for general managers, and Fs for owners and chief executive officers and presidents.

M.L.B. earned an A-plus for its overall diversity initiatives. 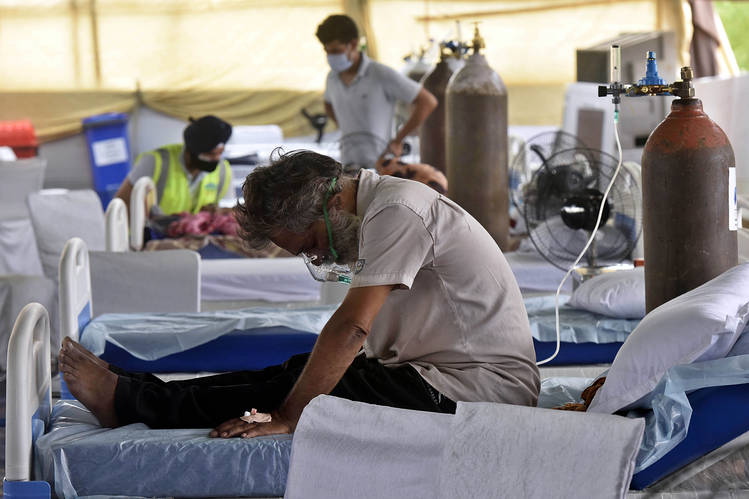 Rich countries can help themselves by helping the poorer majority

DASHUSD: Time to get off for a while? for BINANCE:DASHUSDT by mortezaemzajerdi
3 mins ago

DASHUSD: Time to get off for a while? for BINANCE:DASHUSDT by mortezaemzajerdi

Kerry Signals U.S. Is Open to Coordinate Green Diplomacy With EU
8 mins ago